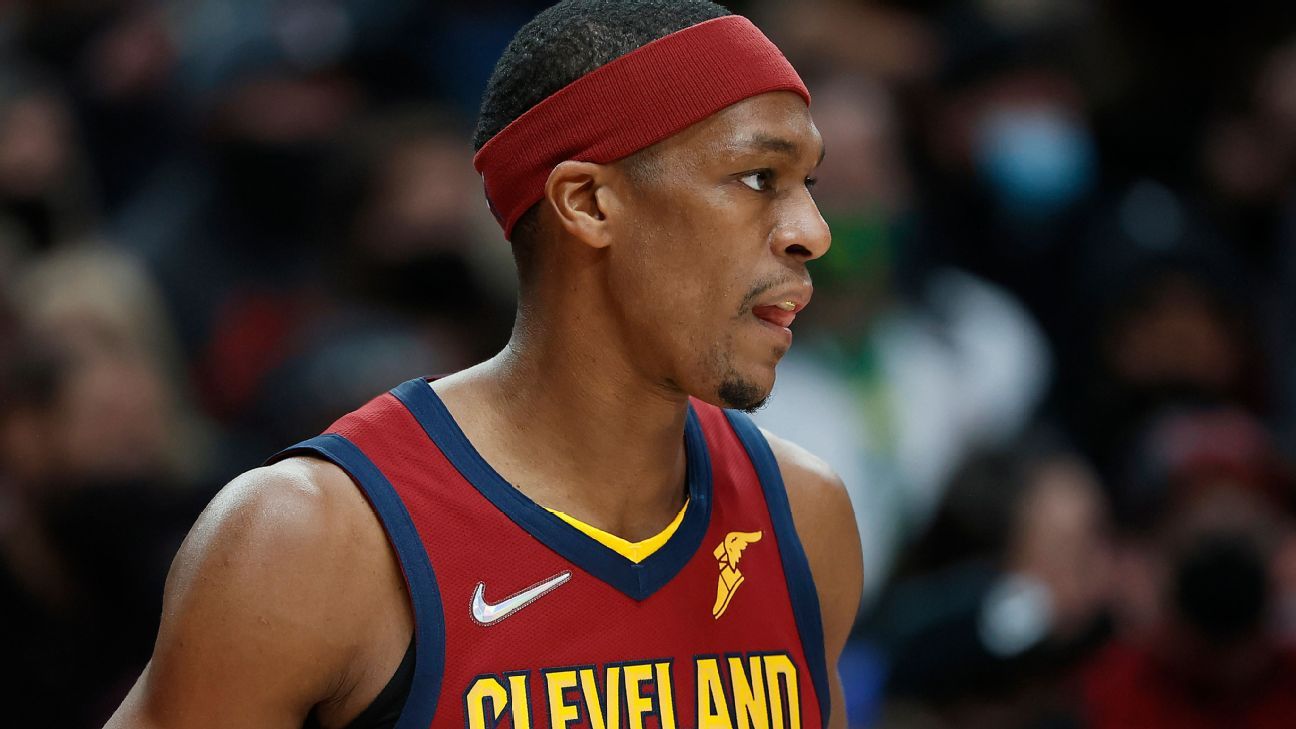 Rajon Rondo allegedly threatened a woman with a gun at her home last week. The woman was given an emergency protective order against the veteran point guard. The NBA said it's gathering more information on what allegedly happened. 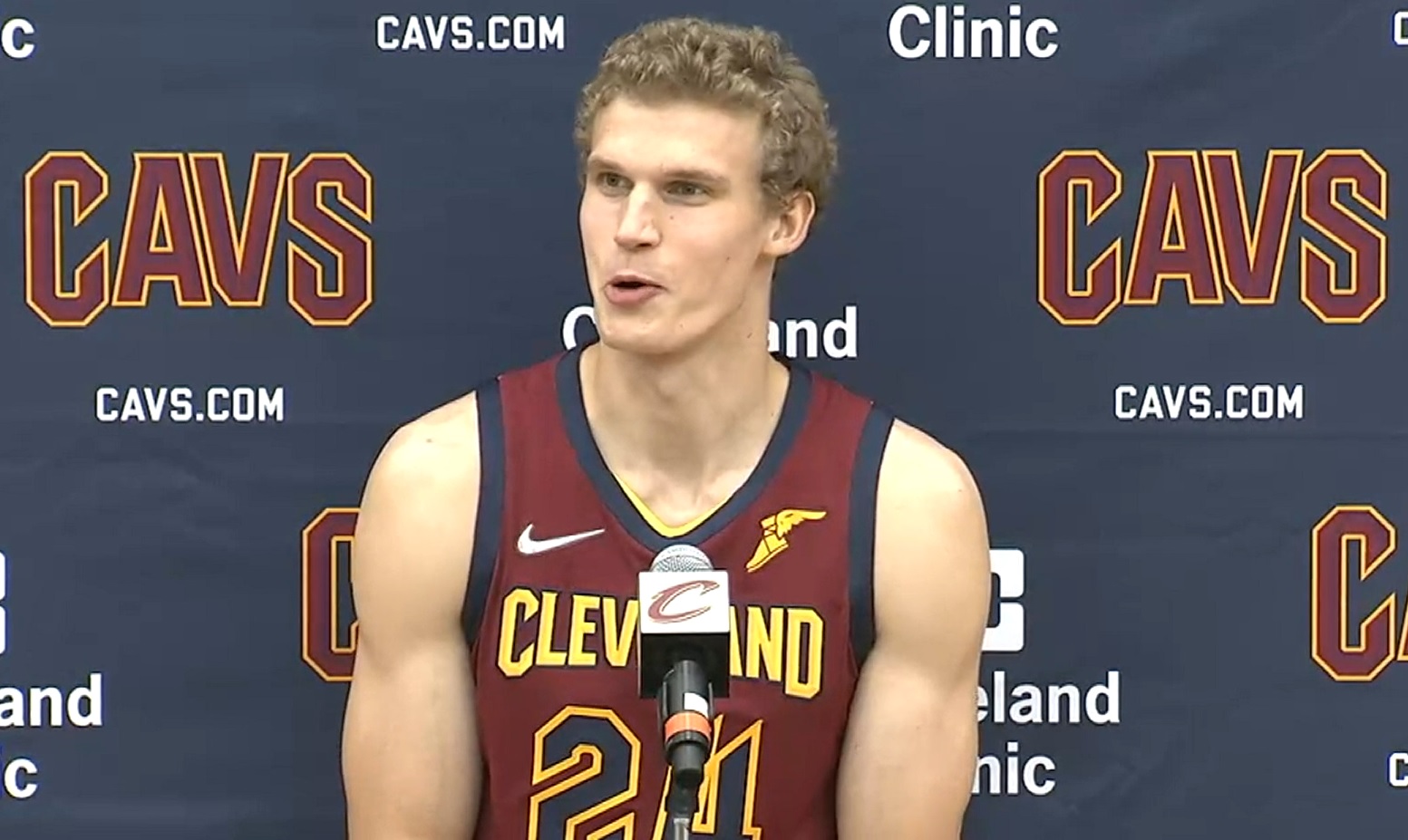 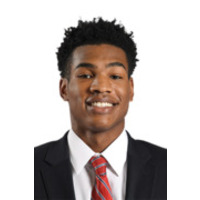 Agbaji is one of the best shooters in the draft and projects as a plug-and-play, 3-and-D prospect who can guard multiple positions with his length, strength and experience, with nearly 4,000 minutes of college basketball under his belt. The 22-year-old All-American and the Final Four's Most Outstanding Player for national champion Kansas, Agbaji should be ready to contribute immediately after shooting 41% from 3 last season, while holding his own defensively with his 6-10 wingspan and chiseled frame. He turned himself into one of the most dynamic shooters in the draft this season, regularly pulling up off the dribble in transition, setting his feet quickly while ducking behind handoffs and showing deep range and zero hesitation stepping into open 3s with his feet set, either on the hop or the 1-2 step. Just an average ball handler and passer and prone to lapses defensively off the ball due to his just-decent feel for the game, Agbaji doesn't share the same upside as some prospects in this class, but fits a clear mold and role every NBA team is actively seeking.
Laajenna klikkaamalla

Growth trajectory has been remarkably impressive. Was not high on the recruiting radar, outside of the top-300 players nationally. Got a Kansas offer and accepted it. Immediately clear he was a legitimate long-term prospect. Had a solid freshman year as a rotation player and emerged as a starter and borderline All-Big 12 player as a sophomore and junior. Truly broke out, though, as a senior due to his shooting consistency improvement. Was the Big 12 Player of the Year and a consensus first-team All-American. He led Kansas to a national championship as its leading scorer, winning the Final Four Most Outstanding Player award.

Good size and length for the wing position. He’s 6-foot-5 with a 6-foot-10 wingspan and nearly an 8-foot-8 standing reach. He has terrific athleticism. Extremely explosive off two feet as a leaper. Very strong. Has a great frame that allows him to play through contact. Great in an open court. Runs the court well. Good quickness for his size and strength.

Terrific 3-and-D prospect. Extremely reliable off the catch as a shooter. Shot prep is terrific, particularly off spot-ups. His numbers off the catch were absurd. Per Synergy, Agbaji hit 45.2 percent of his catch-and-shoot 3-point attempts this past season, a number on par with some of the best you’ll find in a pre-draft prospect. Footwork and shot prep are the same every time. Great rhythm and gets it off quick. Release point is the same.

A smart off-ball player. Moves well and relocates to find open shots. Hits them off movement with baseline and pindown screens. Think he’s best off flare actions. Finds them in transition by going to corners. Kansas also started running dribble-handoff sets — a la the Miami Heat — to try to get open looks for him to shoot behind off the exchange. It’s all pristine and reliable. Hit 26 of his 54 corner 3-point attempts. Will be very reliable as a spot-up player there. Also hit 40 percent of his 38 catch-and-shoot 3-point attempts from beyond 25 feet, per Synergy, meaning he has legitimate NBA range already. This is as projectable a skill as exists in this draft.


Kansas used that threat of Agbaji’s jumper to find open looks for him as a cutter. Monster leaper and vertical athlete. Bill Self is one of the best out-of-bounds play coaches in the country, and Agbaji was utilized very well coming off screen actions to create open dunks. In the half court, Self would draw up designed plays off back-cut lobs. Agbaji also is a smart, instinctive player. If a guy is too close to him or loses track and allows Agbaji to get behind him in the corners, he immediately back cuts and is available for an open dunk. Because so many of his attempts at the rim were assisted lobs, he shot an impressive 71.3 percent at the basket this past season. That was top 25 nationally among the nearly 400 players who took at least 100 such shots, per Synergy.


I also like Agbaji defensively. Think he will excel in a switching scheme, which is what Kansas ran. Can be solid in a drop and does an OK job of getting through screens. But he’s very good on the ball when he’s locked on an island with someone. Stays in front and uses his strength through his chest to cut off angles and force guys to retreat or take a contested shot. Very good at sliding and moving laterally. Doesn’t disrupt in terms of getting into passing lanes often but is fairly annoying with his hand work on the ball. Uses his length and hands well to cut off passing vision in front of guys’ faces and to contest. Doesn’t separate well. — Sam Vecenie 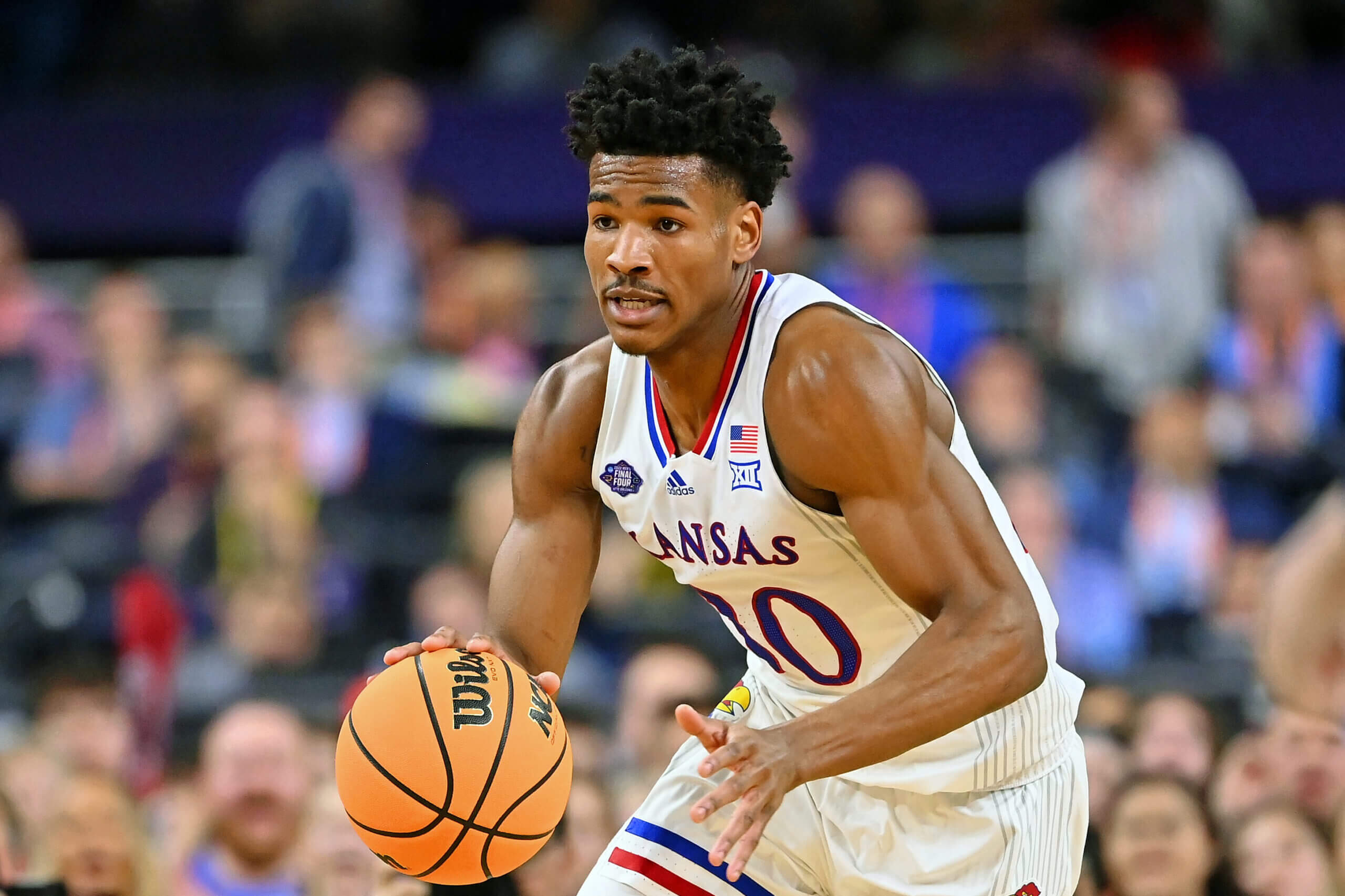 It’s all about Agbaji’s relative limitations with the ball. He got much better this past season being able to handle and not turn it over. No longer a liability when he puts it on the deck unless he’s trying to do something particularly complex (something he was tasked with at Kansas a bit more often than you’d like). Can make some things happen in transition. But he’s not particularly threatening because he doesn’t have a ton of shake or change of pace. Seems to always be going full speed. Plays very square. In the half court, he struggles to separate from his man. Don’t see him having a ton of on-ball value at this point. Would need to add an awful lot to be a shot creator for himself.

Extremely poor pull-up shooter for how good he is off the catch. Because he doesn’t look wildly comfortable off the bounce, I think that permeates his game as a pull-up shooter. Don’t think he’s nearly as balanced. His footwork and shot prep getting into the shot can get a bit wonky. Don’t think he’s as good at generating power on his pull-up attempts, generally leaving them short. Don’t love him as a one-dribble relocation 3-point shooter. In total, made 26.7 percent of his pull-up jumper attempts in the half court, per Synergy. That was one of the worst marks among high-volume pull-up guys in the country. Finished 218th out of 229 players to take at least 100 pull-up attempts this past season.

The real question: What happens once he gets inside the 3-point line? Had one of the worst floaters in the country this past year, making 17.4 percent of his 23 attempts, per Synergy. Didn’t love his footwork into them. Made less than 30 percent of his midrange jumpers. And despite being a phenomenal finisher and lob catcher, I don’t think he’s all that functional as a finisher when driving. Throws up some wild ones. Tries to load up off two feet but doesn’t get the same elevation as when he jumps without the ball on lob plays. Needs to work on his one-footed attempts and the footwork there because his load leaping two-
foot attempts are poor.

On top of that, Agbaji is very poor as a passer. He got better at seeing the available reads as a senior, but he can’t throw them because his control over the ball doesn’t seem to be that strong. Not a live-dribble guy. Rarely seems to throw the ball into the shooting pocket. Can get particularly wild and turn it over. The good news was he started exploring his passing reads a bit more than we’d seen previously, which you do like to see. The bad news is that the results were poor. Maybe some room for development if he can get some control over the ball on his handle. But there are real worries that teams will be able to close out hard on him then scramble and recover on offense. — Vecenie

The fit in Cleveland

I think the fit of Agbaji with the Cavs is solid, especially when it comes to his shooting.

After the Cavs took a jump as a team last season making it to the Play-In Tournament, along with the individual growth of guys like Darius Garland and Jarrett Allen, and a successful rookie season of Evan Mobley, the Cavs now have the flexibility to use this draft to hone in on skill set. Cleveland needed to add wing depth, and with the pick of Agabji, they do so. With wings like Isaac Okoro on the roster, and even Cedi Osman, Agbaji adds another option for Cleveland on the wing. But what sets Agbaji apart from guys like Okoro and Osman is his shooting.

At 22 years old, Agbaji also fits into the age group of the Cavs’ young core. He can come off screens and make strong cuts. He’s also an excellent catch-and-shoot player. He shot 40.9 percent from 3 in his last season, averaging 6.5 attempts per game. The Cavs can use the outside shooting, as they finished 15th in the league in 3-point shooting at 35.5 percent during the 2021-22 season.

The Cavs built their team identity around their defense last season, and Agbaji’s defensive instincts and physicality will be important attributes that he brings to Cleveland. Overall, the Cavs addressed an important need with this pick with his shooting. — Kelsey Russo 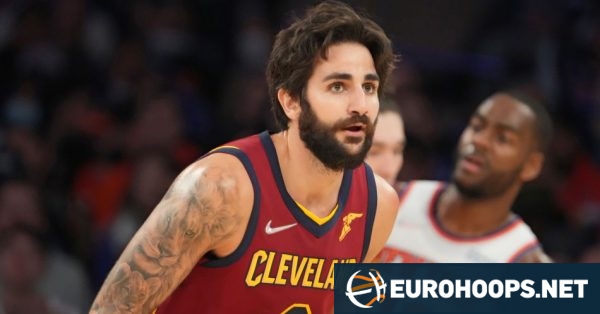 www.eurohoops.net
And the Mailman delivers