Kirjaudu
Rekisteröidy
Install the app
Koripallo.com
You are using an out of date browser. It may not display this or other websites correctly.
You should upgrade or use an alternative browser. 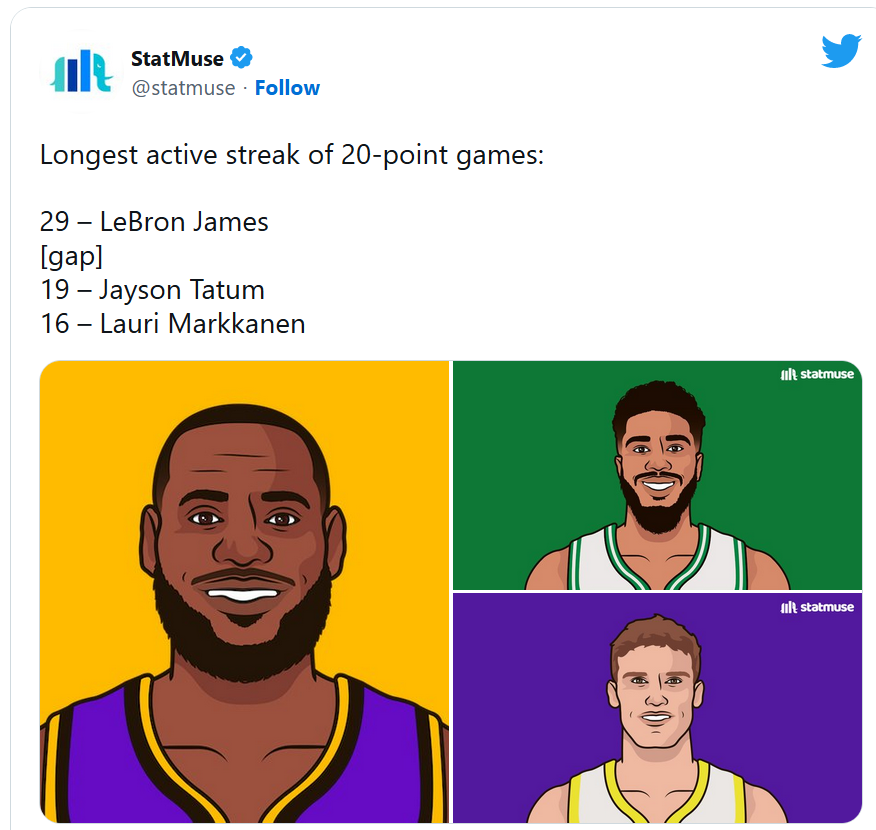 Let's start with the only player in this section who doesn't need any statistical massaging or a "look the other way" stance on injuries. Lauri Markkanen has missed only five of the Jazz's 48 games this season, which means he's gone out and been their best player 43 times.

Although Markkanen hasn't led Utah in scoring every night, he's been its most important piece. Whether darting around off the ball and dusting the bigs who try to stick with him or bullying guards and wings down low, his scaleable and varied attack has turned him into a problem that defenses of all sizes and shapes have failed to solve.

Markkanen is burying 43.3 percent of his catch-and-shoot threes and is scoring in isolation at a clip that ranks in the 97th percentile leaguewide. Lose sight of him for a second, which almost never happens now that he's the clear No. 1 on every opposing scouting report, and he'll cut at the exact right moment.

At 24.8 points and 8.7 rebounds per game on a 52.0/42.2/87.3 shooting split, Markkanen is a pick-your-poison star who delivers lethal doses of damage from everywhere.
Laajenna klikkaamalla

Fan voting for the 2023 NBA All-Star Game in Salt Lake City wraps on Jan. 21, and we'll get the initial rosters once player and media ballots are counted on...

It came in a loss, but one of my favorite performances so far this season was Lauri Markkanen’s first game back in Chicago wearing a Jazz jersey. His numbers were good: an efficient 28 points, four boards, three assists, and three steals. What stood out, though, were the dunks. Lauri crammed it home eight times in 36 minutes. In the last 10 seasons, only seven players have ever finished with more in a single game. Up against the organization that drafted him and then let him walk for nothing, he became an exclamation point.

For the Bulls, it’s hard to know what hurts more: that they missed out on his All-Star rise or, due to their own internal warts, that they would never be able to foster an environment where this version of Markkanen could exist.

His fit in Utah is perfect. Lauri is a 3-point shooting giant who can create his own shot, fly off screens, and hold down several positions at the other end. The level of athleticism and skill in a body that massive is generational. His season has been a revelation for Utah, along with the very idea that it’s OK to be patient with outlandishly talented players who don’t solve various NBA puzzles right away.
Laajenna klikkaamalla 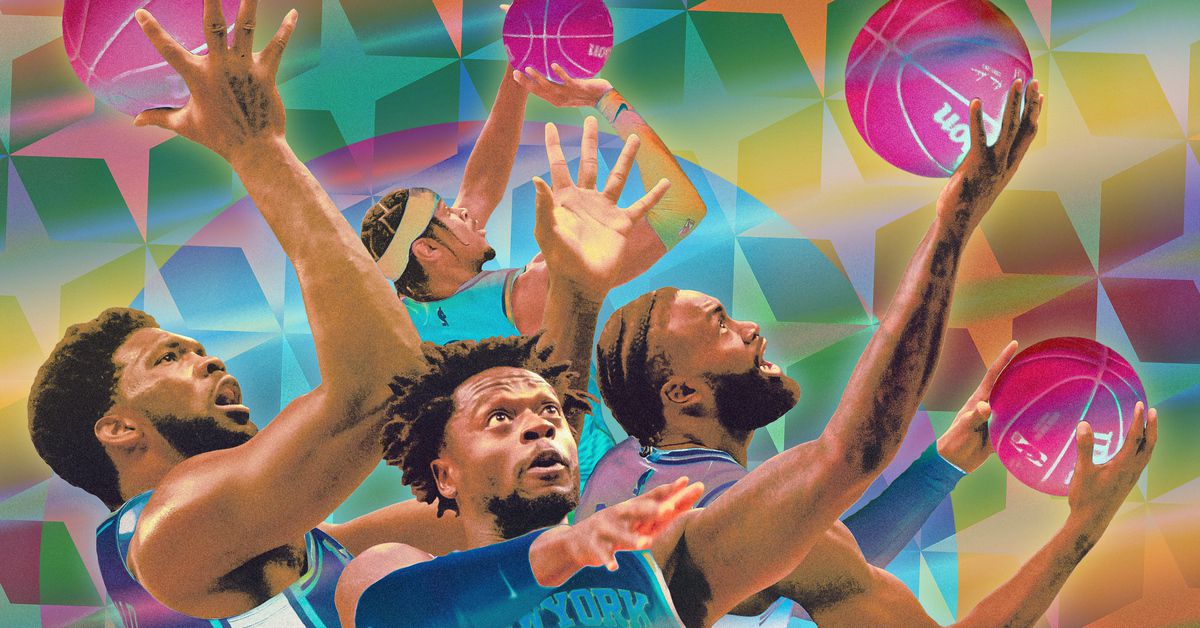 With voting coming to an end, I lay out my picks for NBA All-Star Game starters, reserves and who gets snubbed — let the debate begin.

"The level of athleticism and skill in a body that massive is generational." 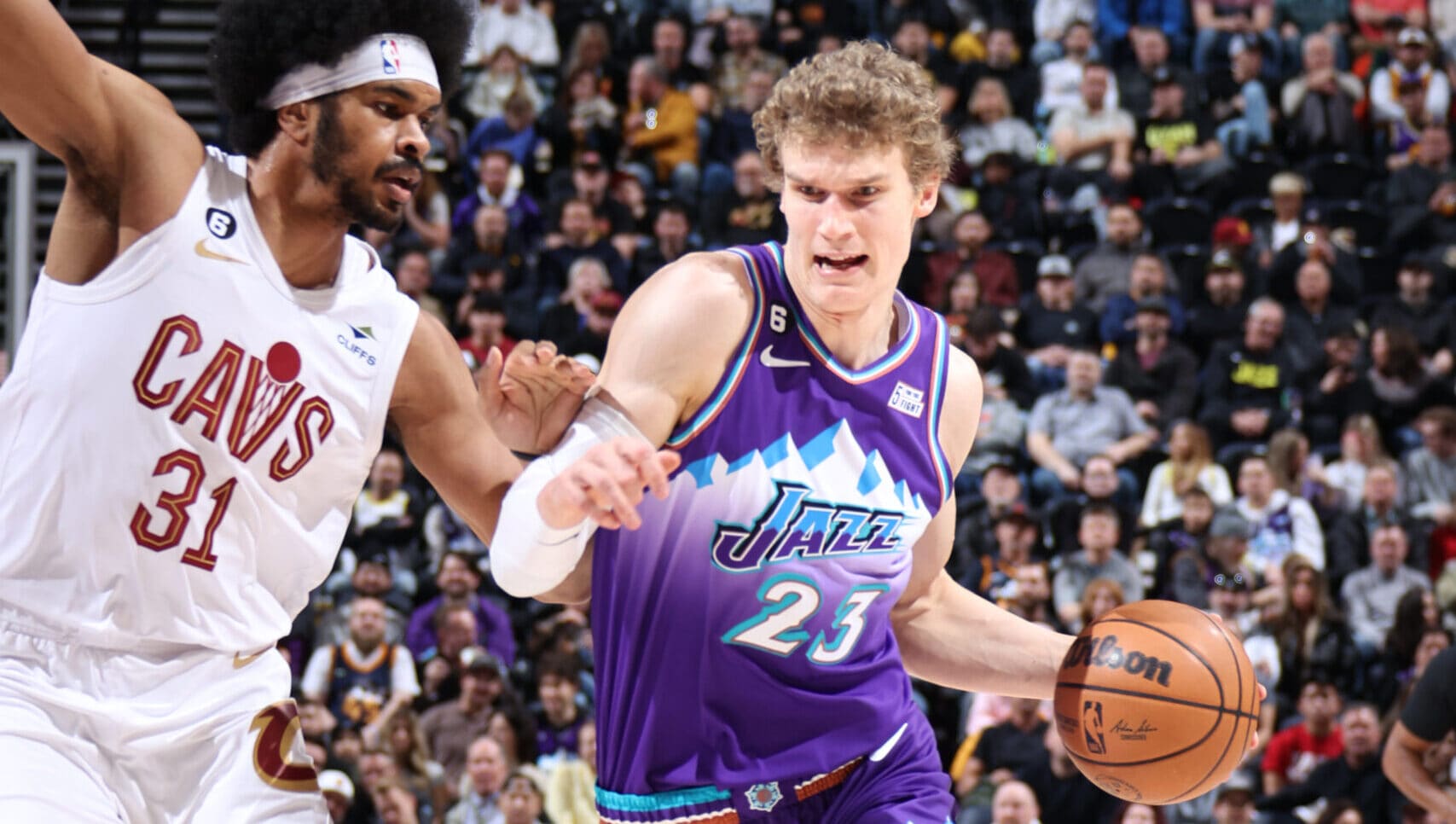 Breaking down stats and film on league-wide offense, Lauri Markkanen, and the leaders in 3-point shooting from the corners. Watch the latest video on NBA.com